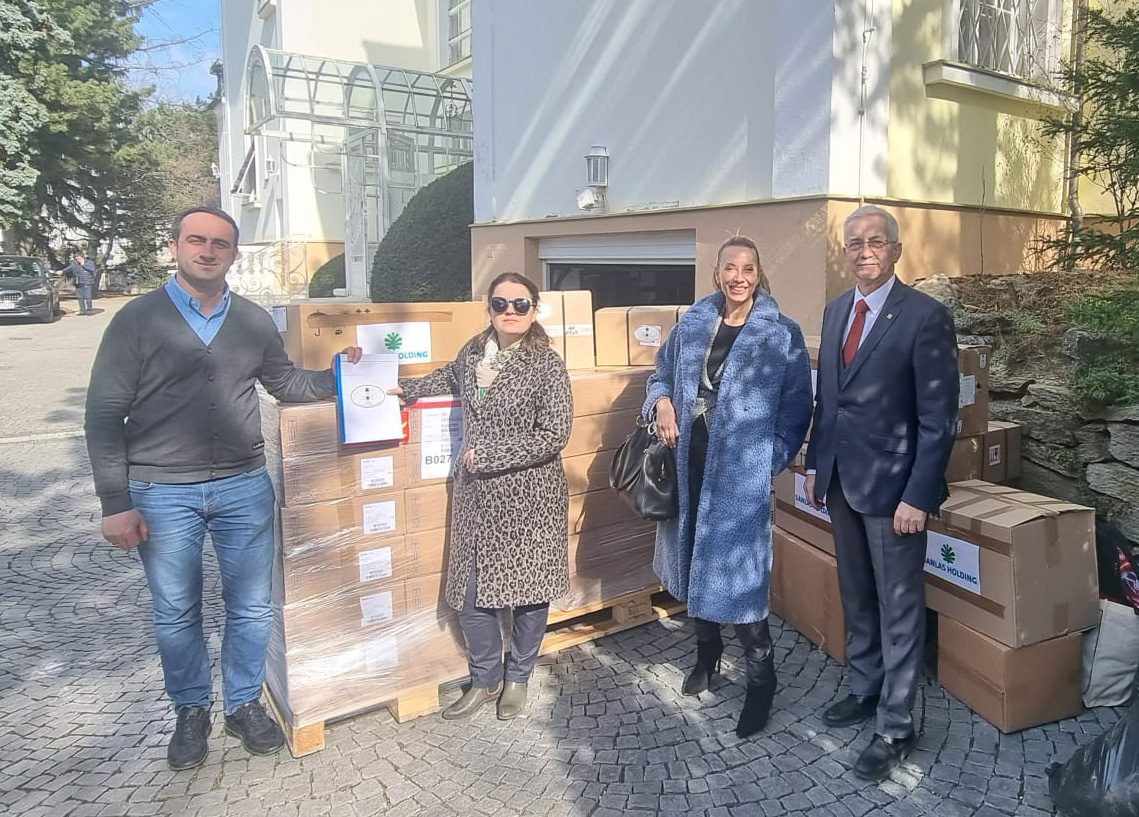 Report of the Commandery Niederösterreich – Heldenberg:

Thus, it was decided to organize an extensive transport of urgently needed medical supplies, which succeeded in just a few days thanks to the great support of the Dames of the Order of St. George, but also of numerous Knights of the Order. In this connection the Knights Prim. Dr. Nebel, Franz Senn and Baron Wolf Zinn-Zinnenburg as well as candidate Assoc.-Prof. Dr. med. Christoph Steininger deserve special thanks.

In addition, several companies, such as Amepro GmbH, Astro Pharma GmbH and Paracelsus Apotheke Korneuburg, contributed to the collection of several pallets of medicines, 1,800 pieces of surgical cutlery, thousands of surgical gowns, caps and gloves, and other medical supplies.

At the invitation of Myroslava Zinkevych, Head of the Consular Section of the Embassy of Ukraine in Vienna, the transport was approved in the afternoon of March 3, 2022 in the presence of Secretary General Baronin Mag. Gabriela von Stimpfl-Abele and Vice Chancellor Dr. Peter Harold. Our heartfelt thanks go to all the Dames and Knights of the Order who helped, donated money or provided relief supplies!

Report of the Commandery Tschechien:

After the beginning of the unprovoked Russian aggression, the Czech Commandery launched fundraiser to help Ukrainians. On March 9th, at the Ukrainian Embassy in Prague, Vice-commander Michael Heres, accompanied by MP Nina Nováková, handed over the collection in the amount of EUR 8,000. The collection proceeds will be used to support the defense of the Ukrainian Armed Forces and to help war refugees.

During the meeting, other activities of the order were presented, on a national and also on European level. Great interest on the Ukrainian side was aroused by the activity in the area of support for the radio station Krajina FM. On this occasion, the Ukrainian ambassador was also invited to the Order´s Convent in Prague.