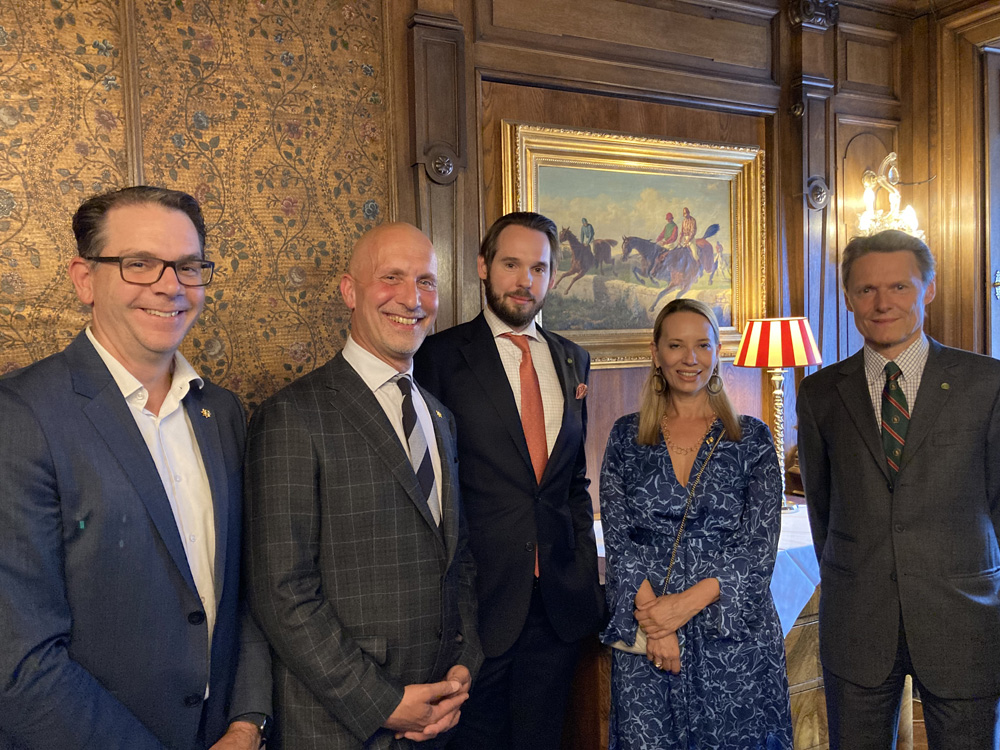 On June 14, 2022, the Rennverein invited the Order of St. George to a soiree on its premises in the venerable Palais Pallavicini. An invitation that was accepted by numerous Knights and Dames of the Order, headed by our Procurator Baron Vinzenz von Stimpfl-Abele, Chancellor Dr. Stefan Schermaier, Vice-Chancellor Count Marcus Paar and the President of our Dames, Baroness Gabriela von Stimpfl-Abele.

Not only were the Viennese Commanderies well represented, but President Dr. Peter Böhler and Vice-President Dr. Alexander Babinek were also able to welcome guests from other Austrian Commanderies, even from Germany and Croatia. The very cheerful company was particularly pleased when Honorary Dame Camilla von Habsburg-Lothringen joined them late in the evening.