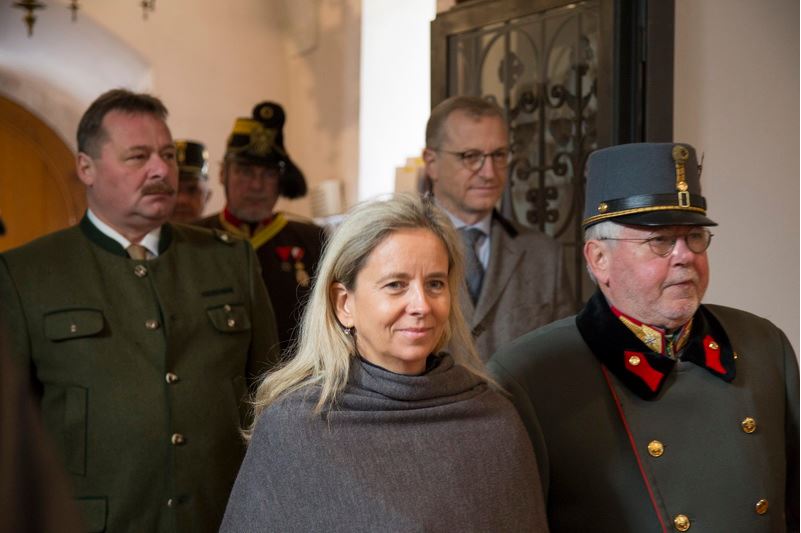 Before the beginning of the mass, the chairman of the Kaiser-Karl Kapellenverein zu Biedermannsdorf, major physician Dr. Peter Fuhrich gave an opening speech. In his subsequent address, Vice Commander Stichelberger underlined the responsibility of the traditional associations for the preservation of values in our society as well as the importance of demonstrating to a broad public the bond with Austria and the fear of God through this event. The traditional associations were represented by 35 soldiers.

The subsequent wreath-laying ceremony in front of the Kaiser Karl Chapel was followed by an agape in a cozy atmosphere in Dr. Peter Fuhrich. Due to the presence of HIRH and encouraged by encouraging words from the delegation of the Order of St. George, another Kaiser-Karl Memorial Mass for 2019 is now being considered.