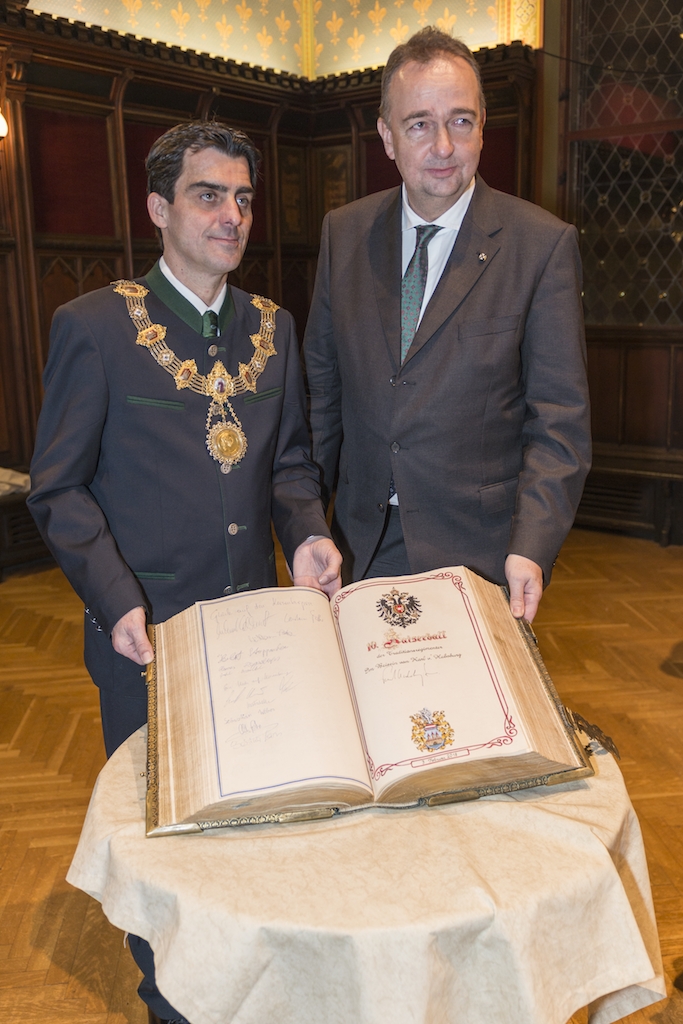 SKKH Karl von Habsburg made the anniversary edition of the Kaiserball in Korneuburg at the beginning of February 2018 a special one. After having held the honorary protection of the ball for many years, he appeared in person this year to show the importance of maintaining tradition for the House of Austria.

Upstream there was a champagne reception in the historic town hall, during which Karl von Habsburg immortalized himself in the Golden Book at the request of Mayor Christian Gepp.

The dance orchestra of the Military Music of Lower Austria accompanied through a surprising ball night until the early hours of the morning. Anete Liepina, soprano, Michael Weiland, baritone, and pianist Robert Lillinger gave a powerful vocal performance.

The traditional folk anthem at midnight by candlelight was more than atmospheric.